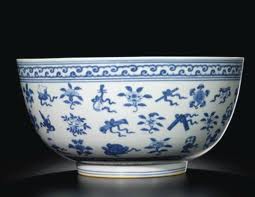 Chinese characters expressing wishes for long life, intricately crafted on wooden screens and textile hangings; flowers and fruits, chrysanthemums and peaches, prunus and gourds in porcelain and lacquer, cloisonné, and semi-precious stones; and even whole landscapes miniaturised in gardens and in small pots were all auspicious emblems. As such, they formed the principal components of a decorative system that was thought to bring good fortune to all who wore the clothes or lived in the spaces so ornamented. Westerners have become accustomed to buildings and rooms clad in the components derived from classical architecture and decorated with figural images from Greek and Roman mythology or the Christian religion. In China, by contrast, schemes comprising flowers, fruits, animals and birds have for many centuries formed the primary ornament of the élite and peasants alike.

Underlying this whole development were the poems recorded in the famous classic, the Shijing (Book of Poetry). Collected around 600 BC, the poems are among the earliest of China’s ancient transmitted texts. They include lyrics that liken blessings conferred on people in a society to phenomena in nature, and describe the beauty of women by reference to plants, fruits and flowers. Long exegesis in later commentaries elaborated a complex interpretation that brought this imagery into the lives of the educated officials, who had to master the classics to obtain office, wealth and power.

There was another, quite different, incentive that stimulated the choice of creatures and plants to embellish buildings and dress: namely the Chinese desire to understand and mesh their activities with those of the universe. From very ancient times, the Chinese had taken storms and eclipses, good harvests and strange creatures as omens. They developed a concept of the will of Heaven as a guiding principle and a description of the universe that treated it as an integrated system, in which all parts were related and interacted. Therefore, observation of all natural phenomena became of paramount importance to predict the future. The movements of the planets and constellations, irregularities in the seasons, the appearance of unusual creatures, such as dragons and phoenixes, and unusual plants — such as the lingzhi fungus, thought to grant immortality — were all deemed to be aspects of Heaven’s way of communicating with the earthly realm. Carvings and paintings were made to record such phenomena and to capture for perpetuity their benign influences.