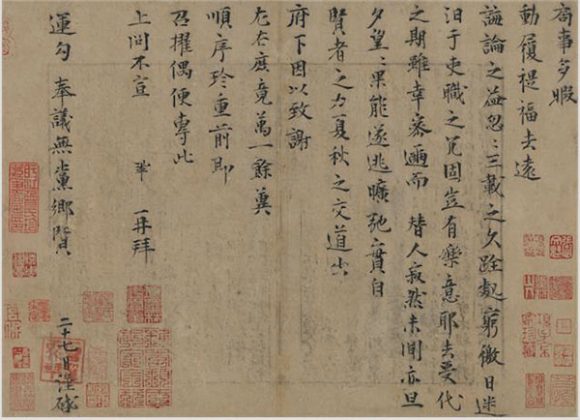 A 936-year-old calligraphy letter comprising of 124 characters has just fetched a record 207 million yuan ($43m) at auction. The only surviving piece of work by the great Chinese scholar Zeng Gong, the letter was written during the Song Dynasty (960-1270AD).

Entitled Ju Shi Tie, it details his 12-year banishment from Beijing and the feelings of depression and isolation he experienced. Aged 62 at the time, Gong included his signature — which increased its value.

The work was snapped up by art collector and movie mogul Wang Zhongjun, chairman of Huayi Brothers Media, which is one of China’s largest entertainment companies, at the China Garden auction house in Beijing.

Zeng’s letters are well and truly in demand — seven years ago, another piece of his work sold for $22m.