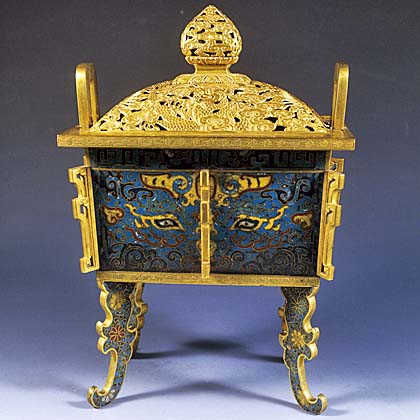 Ming Dynasty – the empire which ruled China for nearly 300 years – will make their only appearance in a British gallery at the National Museum of Scotland next year, following a cultural agreement between the Scottish and Chinese governments.

Speaking at a St Andrew’s Day reception in the Chinese capital, the First Minister of Scotland, Alex Salmond, said the display was a result of a cultural memorandum of understanding signed with the Chinese Ministry of Culture.

“I am delighted that this partnership will see this exciting and special Ming exhibition brought to Edinburgh next summer, with National Museums Scotland and the Nanjing museum in China working together to exhibit the wonder of the Ming dynasty,” he declared.

“As a result of the commitments by both the Scottish and Chinese governments we have seen a greater number of collaborations across the arts, creative industries, heritage and national collections allowing the people of both our countries to share some unique experiences.

“This is a fantastic example of a cultural exchange that is helping us enhance the mutual understanding between our countries, creating an atmosphere of respect, trust and celebration.”

The economic prosperity of the period, when a thriving consumer culture prevailed, will be exploring in an interactive display linking the Ming to present-day China.

“We are thrilled to be bringing a remarkable collection of treasures to the UK for the first time.

“Visitors to the exhibition will experience both a visual feast and a compelling story.”

“We are delighted to collaborate with the Nanjing Museum, one of the most prestigious in China, in hosting the only UK showing of this exhibition.”

Ming: The Golden Empire opens at the National Museum of Scotland on June 27 2014.