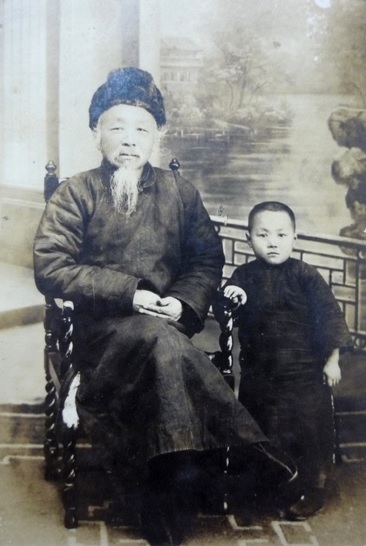 The writer Huan Hsu grew up in Utah paying almost no attention to family anecdotes about his ancestors’ porcelain heirlooms, said to have been buried in a Chinese village during World War II. Mr. Hsu, 37, has turned his adult efforts to recover the treasure into a new memoir, “The Porcelain Thief: Searching the Middle Kingdom for Buried China” (Crown). His quest, starting in 2007, called for impersonating a tree deliveryman, fleeing cockroaches, uncovering forged documents, coping with stonewalling bureaucrats and gathering eyewitness testimony of horrific political persecutions.

Family members disagreed about what his great-great-grandfather, Liu Feng Shu, actually owned at his estate in southeast China, and what might have survived wars and postwar reconstruction. But in the end, Mr. Hsu’s preliminary shallow excavations at the estate, now subsumed by factory buildings, turned up nothing connected to his family. “I still have in my mind the desire to go back there and do a proper archaeological investigation,” he said in an interview, “and there’s another part of me that’s kind of O.K. with not knowing.”

Still, his journey did turn up some great stories, both about his family and other topics, he said, and they are a main subject of his book. He learned, for example, about China’s venerable tradition of producing fakes. In one row of workshops not far from his ancestral town, he writes, “The narrow alleys echo with the chimes of pumice stone working over porcelain to dull their finishes, after which vendors brush on thin brown paint and refire the pieces at low temperatures to achieve an aged tint.” He describes forgers who “sink new objects into the sea to cover them with barnacles so they can pass them off as recovered shipwreck items.”

“I’ve never stopped being surprised at the ingenuity of Chinese commerce,” he said. “They can be so reactive to what they see other people buying.”

If the book causes some schemers from the Liu hometown to contact him about supposed rediscoveries of lost troves, he said: “I would probably fall for it. I’m a sucker for these things.”