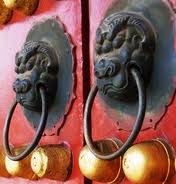 The Kangxi Emperor (r. 1662—1722) came to the throne in the midst of the Manchu conquest; his major task was to complete the military subjugation of the Ming populace, then to consolidate power and legitimate Qing rule, not only among Han Chinese but also among his Manchu and Mongol subjects. His successor, the Yongzheng Emperor (r. 1723—1735) advanced Manchu authority into Tibet and adjoining regions, implemented administrative and fiscal reforms, and completed the ascendancy of the throne over the banner princes. In the process of completing Qing expansion into Inner Asia, the Qianlong Emperor (r. 1736—95) created an ideology of universal monarchy that provided the foundation for a multi-ethnic empire.

The Kangxi, Yongzheng and Qianlong Emperors creatively synthesized elements taken from several political traditions to grasp personal control over a complex administrative system. Reversing the late sixteenth- and early seventeenth-century trend toward weak emperorship, they introduced a series of institutional innovations that gathered the reins of decision-making firmly into imperial hands. Bureaucratic paperwork was streamlined and functionally classified to separate important matters from routine ones. Imperial scrutiny of the civil service bureaucracy was intensified by the Kangxi Emperor, who created a confidential system of palace memorials that bypassed the bureaucracy and went directly to the Emperor. Supplementing routine reports that made their way upward through regular channels, the palace memorial system advanced the ability of emperors to acquire sensitive intelligence about officials and maintain the throne’s dominance over its civil service.

When they succeeded to political power in China, the Qing rulers inherited the ancient palace collection of the Ming emperors, the oldest art collection in the world with a continuous collecting tradition of about 1,600 years. The real renewal of the imperial collection came under the personal direction of the Qianlong Emperor. He was the last of the great imperial art collectors and patrons in Chinese history. Not only did he reassemble many of the treasures that had been dispersed to private collections, but he also gave them a new face through magnificent new mountings and the addition of his inscriptions and seals. Furthermore, he expanded the collection many times over with the work of his numerous palace workshops and court painters. Every work of art had first to be inspected by him at the draft stage. He assessed the ancient paintings and works of calligraphy in person and gave them his seal of approval. He thus determined the artistic taste of his age and the overall form of the imperial collection. With it he created a canon of Chinese art that to this day wields an authoritative influence. His genuine passion for the pursuit of art and for collecting art was apparently stimulated by his grandfather, the Kangxi Emperor, and his uncle Yinxi (1711–1758), a talented landscape painter. He learned to paint himself and began to collect paintings at the age of eighteen.