A shepherd in Luxian County, China, has accidentally discovered ancient buried tombs from the Southern Song dynasty while out tending his sheep.

So far, archaeologists have uncovered over 160 tombs in this small county thanks to the shepherds initial discovery. Experts are sure there are many more tombs in the area yet to be discovered.

The shepherd fell down a hole one day whilst herding his sheep, luckily the fall did not injure him. He did however get a real shock as he looked down the hole as saw what appeared to be faces staring back at him, he ran back to his village and told the other villagers and rumors were abound that the hole was haunted by ghosts.

The shepherd returned to the hole this time with a torch, and the faces he saw turned out to be Southern Song dynasty sculptures. The incident was reported to the county’s Cultural Relics Bureau. Experts and archaeologist assembled at the hole and found an ancient buried tomb filled with rare and precious antiques from the Southern Song dynasty. 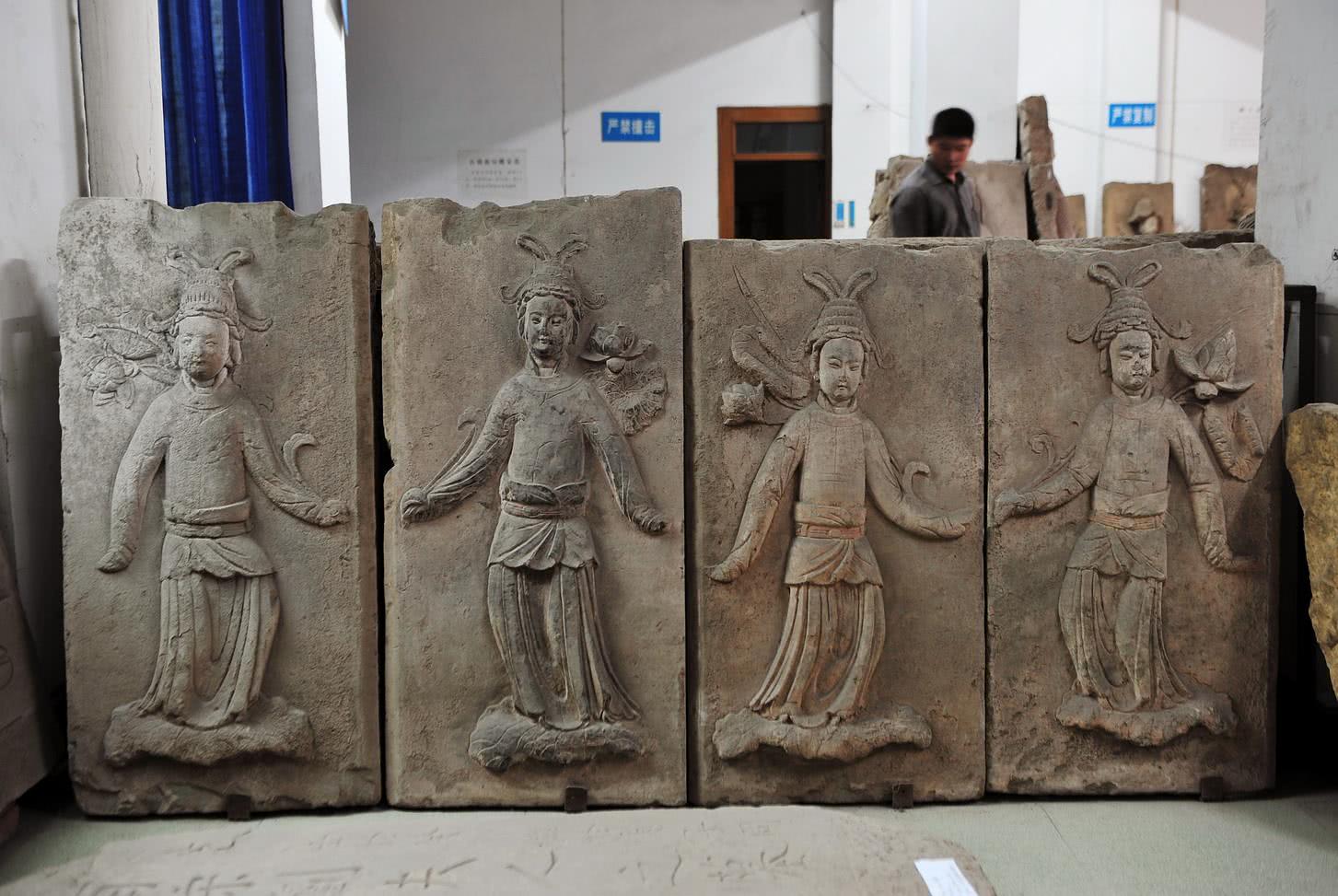 Archaeologists have gone on to find many more undiscovered tombs in the area.

Experts have praised the shepherd and said if it was not for the shepherd falling down the hole, these tombs may have never been discovered. Experts say the tombs are intact and have not been touched by tomb robbers.