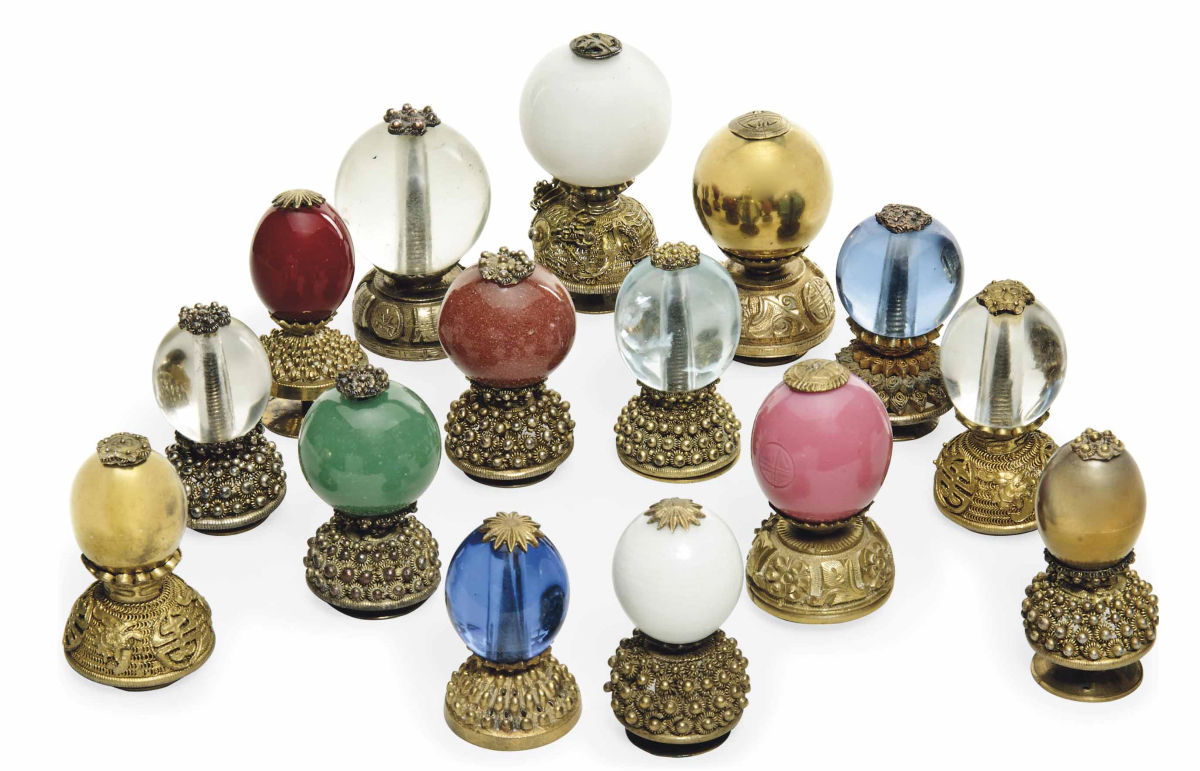 Hats were an important part of official dress in all levels of government, and the finial worn on a hat was an indication of the wearers rank. The significance of the hat for military or civil officials is shown by the way the hat comes first in the regulations stipulating the correct dress code for court. Easily identified hat finials were introduced in 1727 by the Yongzheng emperor and were worn on all official and public occasions. In 1730 regulations were introduced to allow the use of coloured glass instead of precious stones.

The colour and shape of the finial depended on the wearers grade. The colours red, blue, white and yellow were based on the Manchu banner system.

Royalty and nobility used various numbers of pearls. An official of the first grade would wear a translucent red ball (originally a ruby).

The coloured balls were fixed to the apex of the crown of the hat with a long metal screw which passed through a hole in the hat. The nine types of hat finials represented nine ranks of the position of the civil or military officer. They wore official hats both indoors and outdoors. A black velvet hat in winter, a woven rattan hat in the summer.