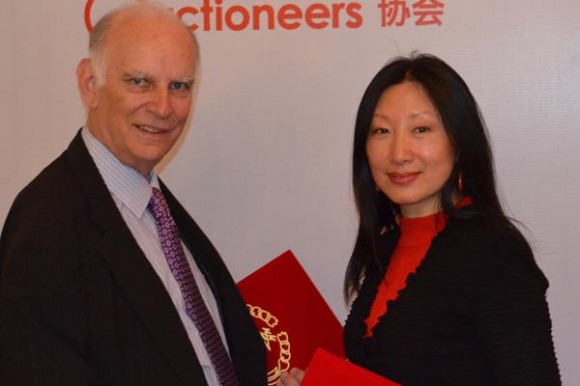 The Association of Accredited Auctioneers (Triple-A) has secured a deal which will see its members hold the first ever auction of Western antiques in Beijing.

Coming after just six months of Triple-A working with UKTI, the auction will be held at Beijing’s International Landmark Hotel in the Chaoyang District on Sunday December 22 and follows on from a hugely successful sale of antiques in Xiamen in April which raised £1.5m.

The news comes as HMRC statistics released this week show a year on year boost in the South East’s exports to China, with exports so far this year already worth £1.2bn, nearly exceeding last year’s overall total of £1.6bn after just three quarters.

The Association was formed in 2012 by 20 of the leading UK auction houses and aims to build relationships with a rapidly growing number of Chinese buyers. It does this by overcoming language barriers, partnering with Chinese firms and opening the way for British antiques exports.

Chris Ewbank, the Surrey-based Chairman of Triple-A, said: “This sale provides a huge opportunity for us; China is the largest expanding antiques market in the world and its growing middle class has a taste for Western antiques.

“Previously, Chinese buyers would come to the UK to buy Chinese antiques. Now, with the help of UKTI, we are going to China’s political and cultural capital to sell Western antiques and works of art.”

The contractual complexities of the Chinese auction market have been handled by the Beijing office of international law firm Simmons & Simmons, who have considerable experience in advising luxury goods firms entering the Chinese market.

It is the law in China that foreign auctioneers must have a Chinese partner before being able to sell in the country.

Chris continued: “We want to export more than just British antiques to China; we also want to export our exceptional ethics and standards of best practice. We want Chinese collectors to experience the charm of Western objects as well as adopt the high standards of our industry and they are very receptive to our ideas.”

Every item sold at the auction by Triple-A will be accompanied by a certificate of authenticity which guarantees the item’s age and catalogue description, something that is much prized and very significant in a country with a very different legal system, culture and practices.