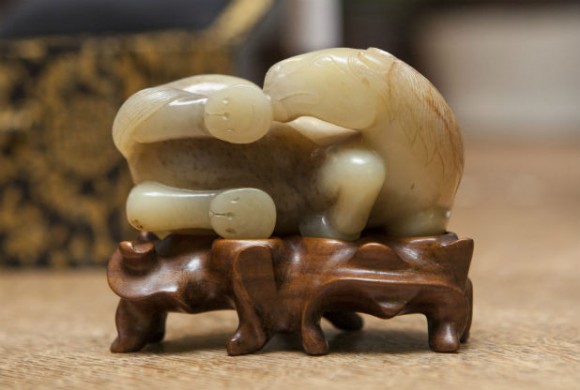 During the Han dynasty, the wealthiest Chinese noblemen were sometimes buried in jade suits made from hundreds of small jade tiles linked together, sometimes with gold thread.

It was a lavish display of status. But it also suggested that jade offered protection from physical decay.

And for centuries since, there has been a deep connection between Chinese culture and the smooth green stone.

Demand for jade is driven almost entirely by the Chinese market. At the top end, it can be worth more than gold.

With figures like that it’s no wonder more Chinese are buying luxury products like jade, which has in recent years experienced double-digit growth, Wong said.

Jade is in fact a catch-all title for two chemically different substances that are physically similar.

Jadeite, which comes exclusively from Burma, is by most accounts the more prized of the two.

But nephrite, which traditionally comes from western China, was in use long before jadeite became popular.