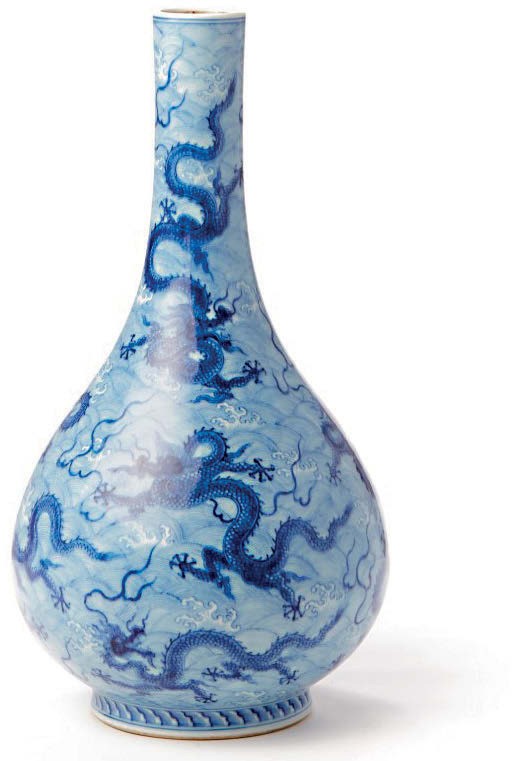 A Chinese blue and white bottle vase set a online record when it achieved a hammer price of over £3 million at the close of the sale in Singapore this week.

The 15 inch high bottle form vase, with a six character Yongzheng (1722-35) mark to the base. It featured in a timed sale on April 18th to May 3rd held by Hotlotz.

The price is a record for Hotlotz and the biggest selling lot on thesaleroom.com

The vase was decorated with a nine dragon design amongst stylised clouds. It is thought to be to another mark and period vase of the same size and similar decoration (two-dragon) that took a house record of £2.6 million at Tennants of Leyburn in 2012 and was resold by Sotheby’s in Hong Kong in 2015 for HK$75.8 million approx £7.5 million. 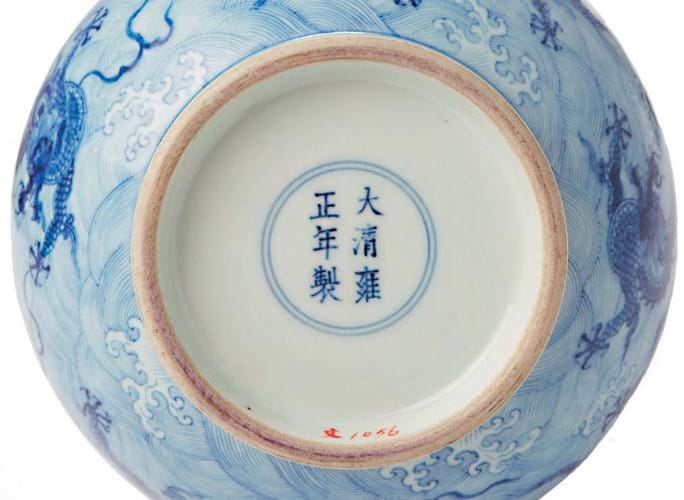 It was said at the time no other Yongzheng example of this form appeared to have been published though the type was more common in the Qianlong period.

The vase that sold this week came with a 1950s provenance. It was offered for consignment by a descent from the family of the Sri Lankan statesman Sir Oliver Goonetilleke 1892-1978. Having served as a key figure in the independence of Ceylon, now Sri Lanka (from Britain), he became the third governor-general of Ceylon from 1954-1962. According to a letter from the vendor, the vase was a gift from Zhou Enlai 1898-1976 premier of The Peoples Republic of China, whilst visiting Sri Lanka 1956-57

With an estimated price of  S$1000 – 2000 which was designed to attract as much interest as possible, which ended in a busy last two hours of bidding. Where at the finale the sale reached S$5.5million (£3.1million) around S$6.9 million (3.9million) including 25% buyers premium.

Matthew Elton managing director of Hotlotz said “We always hoped the vase would perform well given the provenance and quality of painting. We included videos and an extensive suite of photos in the online catalogue and we received many enquiries as soon as it went on thesaleroom.com.

More than a dozen bidders competed and we are thrilled with the final price.